If javascript were enabled, the buttons would work more smoothly for you. 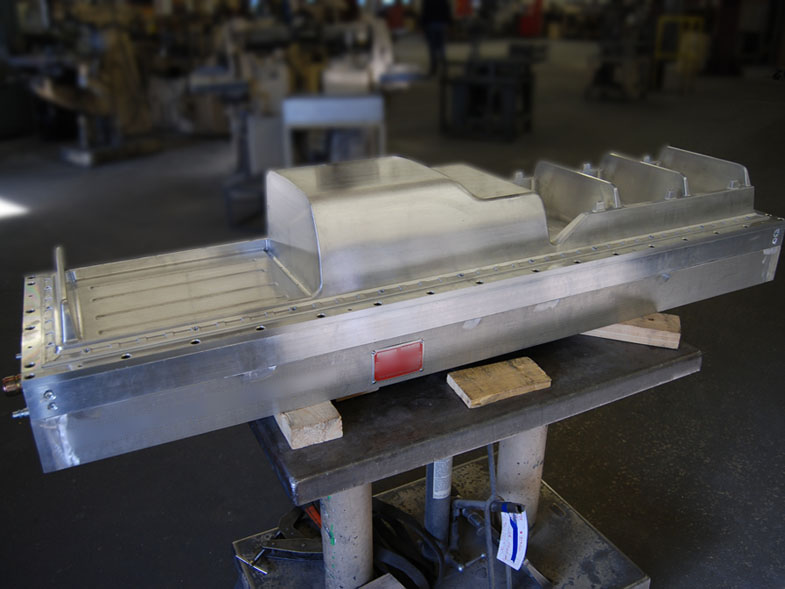 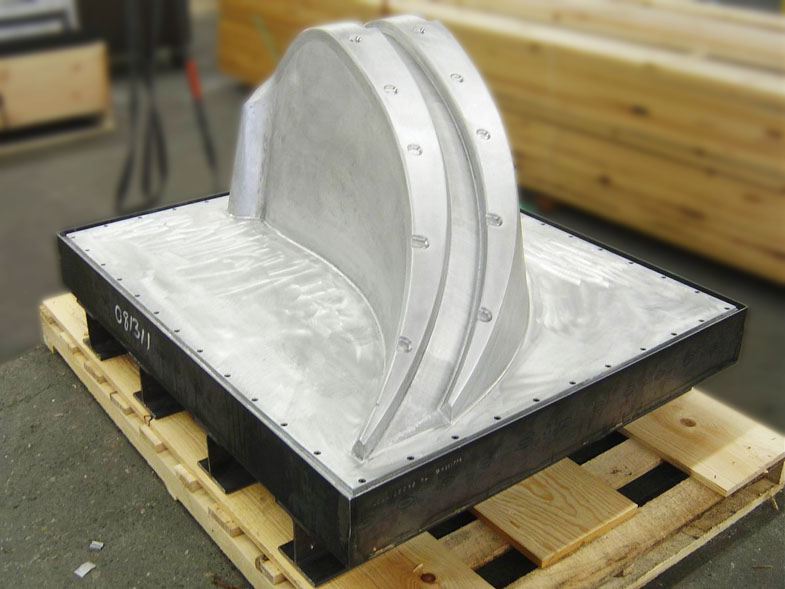 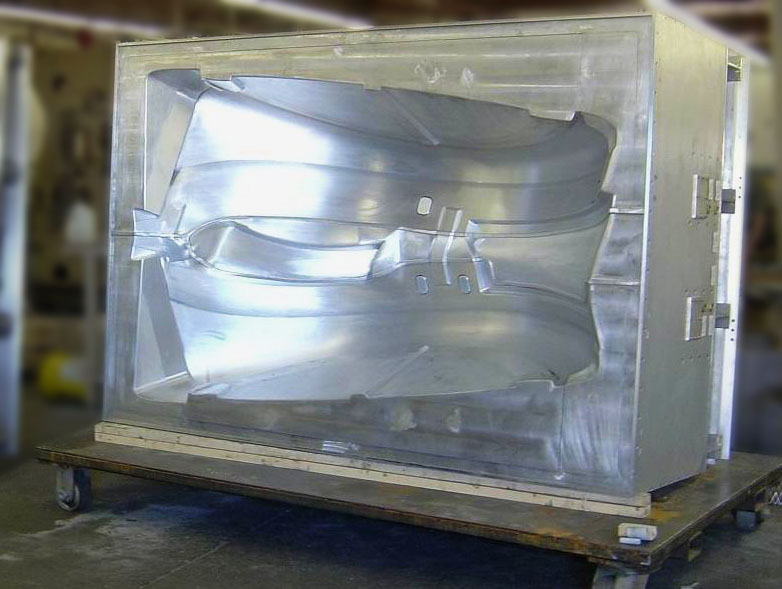 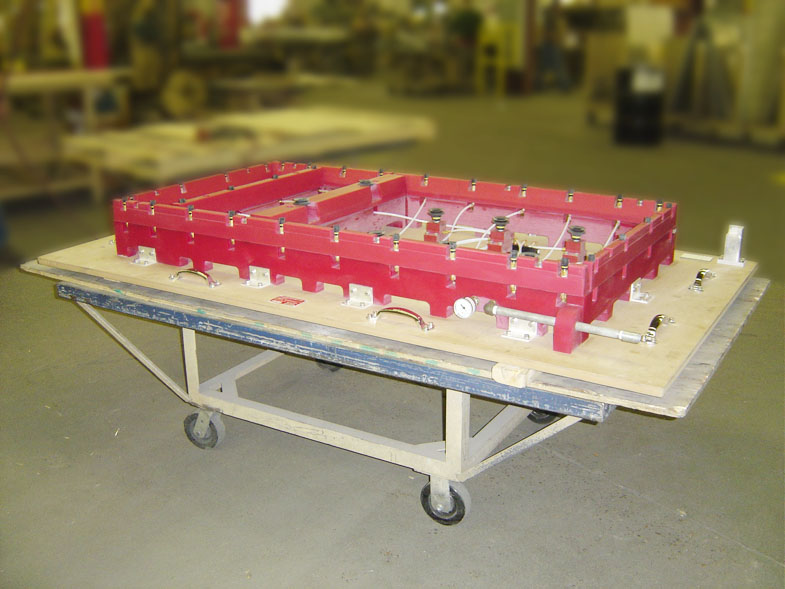 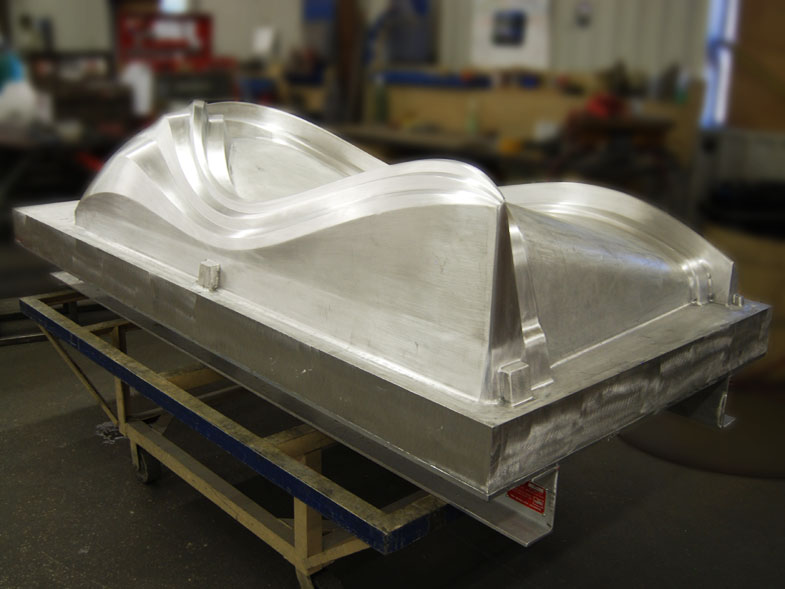 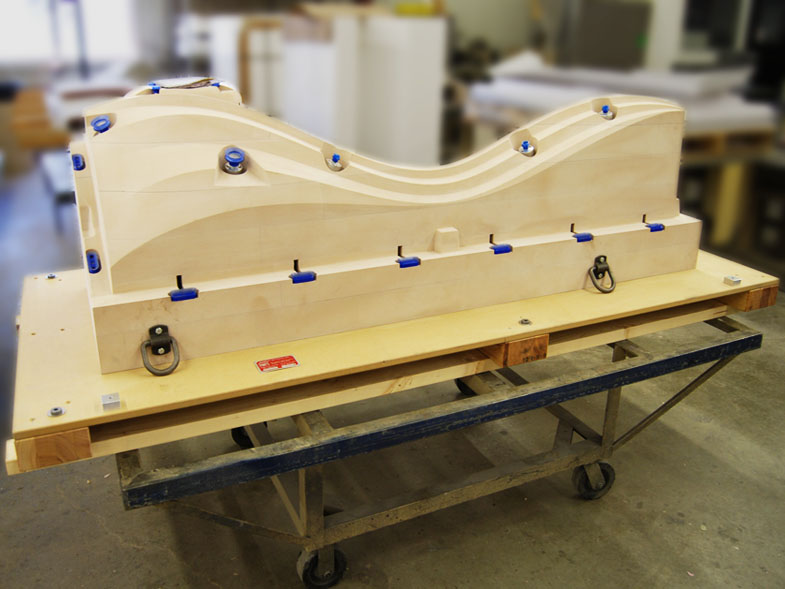 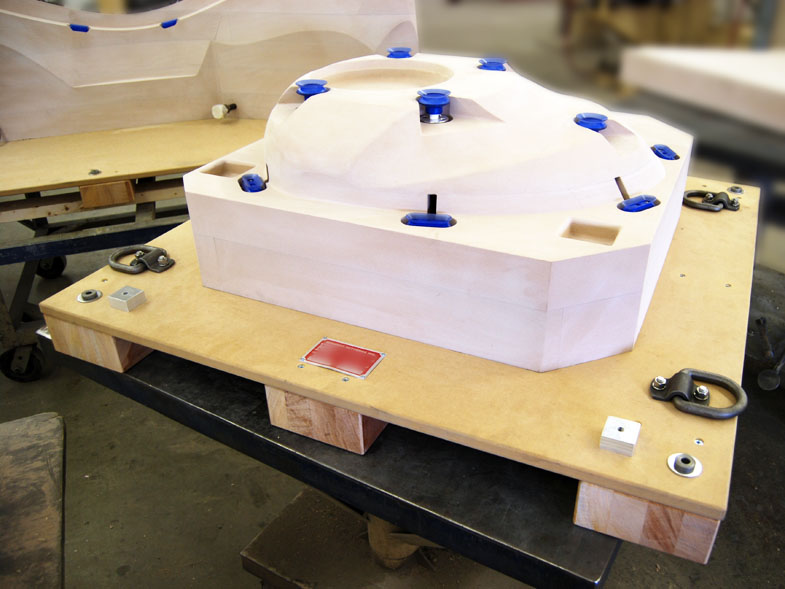 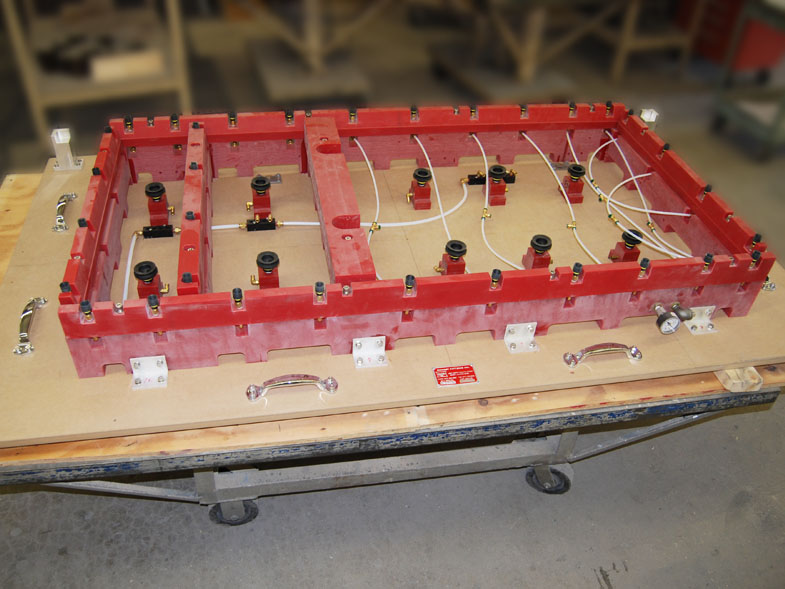 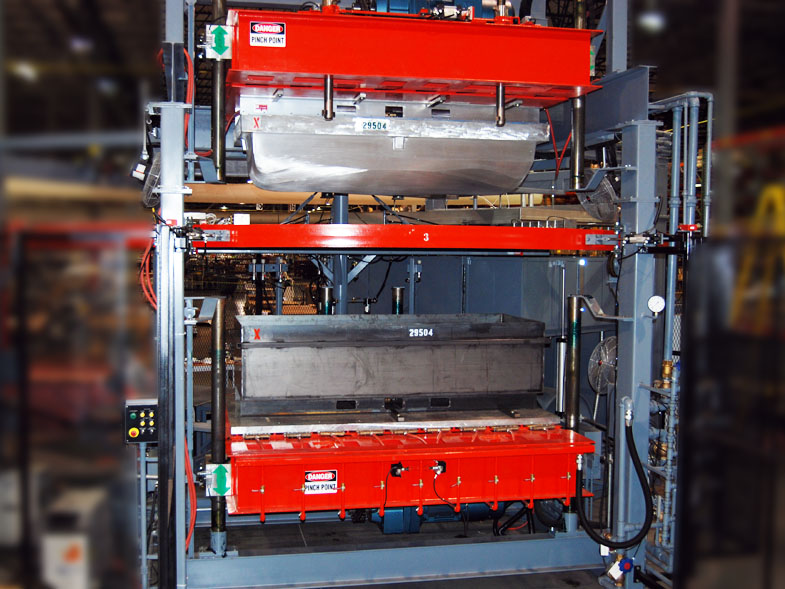 From Wikipedia, the free encyclopedia

Thermoforming is a manufacturing process where a plastic sheet is heated to a pliable forming temperature, formed to a specific shape in a mold, and trimmed to create a usable product. The sheet, or "film" when referring to thinner gauges and certain material types, is heated in an oven to a high-enough temperature that it can be stretched into or onto a mold and cooled to a finished shape.

In its simplest form, a small tabletop or lab size machine can be used to heat small cut sections of plastic sheet and stretch it over a mold using vacuum. This method is often used for sample and protoype parts. In complex and high-volume applications, very large production machines are utilized to heat and form the plastic sheet and trim the formed parts from the sheet in a continuous high-speed process, and can produce many thousands of finished parts per hour depending on the machine and mold size and the size of the parts being formed.

In the most common method of high-volume, continuous thermoforming of thin-gauge products, plastic sheet is fed from a roll or from an extruder into a set of indexing chains that incorporate pins, or spikes, that pierce the sheet and transport it through an oven for heating to forming temperature. The heated sheet then indexes into a form station where a mating mold and pressure-box close on the sheet, with vacuum then applied to remove trapped air and to pull the material into or onto the mold along with pressurized air to form the plastic to the detailed shape of the mold. (Plug-assists are typically used in addition to vacuum in the case of taller, deeper-draw formed parts in order to provide the needed material distribution and thicknesses in the finished parts.) After a short form cycle, a burst of reverse air pressure is actuated from the vacuum side of the mold as the form tooling opens, commonly referred to as air-eject, to break the vacuum and assist the formed parts off of, or out of, the mold. A stripper plate may also be utilized on the mold as it opens for ejection of more detailed parts or those with negative-draft, undercut areas. The sheet containing the formed parts then indexes into a trim station on the same machine, where a die cuts the parts from the remaining sheet web, or indexes into a separate trim press where the formed parts are trimmed. The sheet web remaining after the formed parts are trimmed is typically wound onto a take-up reel or fed into an inline granulator for recycling.

Most thermoforming companies recycle their scrap and waste plastic, either by compressing in a baling machine or by feeding into a granulator (grinder) and producing ground flake, for sale to reprocessing companies or re-use in their own facility. Frequently, scrap and waste plastic from the thermoforming process is converted back into extruded sheet for forming again.

There are two general thermoforming process categories. Sheet thickness less than 1.5 mm (0.060 inches) is usually delivered to the thermoforming machine from rolls or from a sheet extruder. Thin-gauge roll-fed or inline extruded thermoforming applications are dominated by rigid or semi-rigid disposable packaging. Sheet thicknesses greater than 3 mm (0.120 inches) is usually delivered to the forming machine by hand or an auto-feed method already cut to final dimensions. Heavy, or thick-gauge, cut sheet thermoforming applications are primarily used as permanent structural components. There is a small but growing medium gauge market that forms sheet 1.5 mm to 3 mm in thickness.

Heavy-gauge forming utilizes the same basic process as continuous thin-gauge sheet forming, typically draping the heated plastic sheet over a mold. Many heavy-gauge forming applications use vacuum only in the form process, although some use two halves of mating form tooling and include air pressure to help form. Aircraft windscreens and machine gun turret windows spurred the advance of heavy-gauge forming technology during WWII. Heavy gauge parts are used as cosmetic surfaces on permanent structures such as automobiles, refrigerators, spas, and shower enclosures, and electrical and electronic equipment. Unlike most thin-gauge thermoformed parts, heavy-gauge parts are often hand-worked after forming for trimming to final shape or for additional drilling, cutting, or finishing, depending on the product. Heavy-gauge products typically are of a "permanent" end use nature, while thin-gauge parts are more often designed to be disposable or recyclable and are primarily used to package or contain a food item or product.

Thermoforming has benefited from applications of engineering technology, although the basic forming process is very similar to what was invented many years ago. Microprocessor and computer controls on more modern machinery allow for greatly increased process control and repeatability of same-job setups from one production run to the next, usually with the ability to save oven heater and process timing settings between jobs. The ability to place formed sheet into an inline trim station for more precise trim registration has been hugely improved due to the common use of electric servo motors for chain indexing versus air cylinders, gear racks, and clutches on older machines. Electric servo motors are also used on some modern and more sophisticated forming machines for actuation of the machine platens where form and trim tooling are mounted, rather than air cylinders which have traditionally been the industry standard, giving more precise control over closing and opening speeds and timing of the tooling. Quartz and radiant-panel oven heaters generally provide more precise and thorough sheet heating over older cal-rod type heaters, and better allow for zoning of ovens into areas of adjustable heat.

An integral part of the thermoforming process is the tooling which is specific to each part that is to be produced. Thin gage thermoforming as described above is almost always performed on in-line machines and typically requires molds, plug assists, pressure boxes and all mounting plates as well as the trim tooling and stacker parts that pertain to the job. Thick or heavy gage thermoforming also requires tooling specific to each part, but because the part size can be very large, the molds can be cast aluminum or some other composite material as well as machined aluminum as in thin gage. Typically thick gauge parts must be trimmed on CNC routers or hand trimmed using saws or hand routers. Even the most sophisticated thermoforming machine is limited to the quality of the tooling. Some large thermoforming manufacturers choose to have design and tool making facilities in house while others will rely on outside tool-making shops to build the tooling. 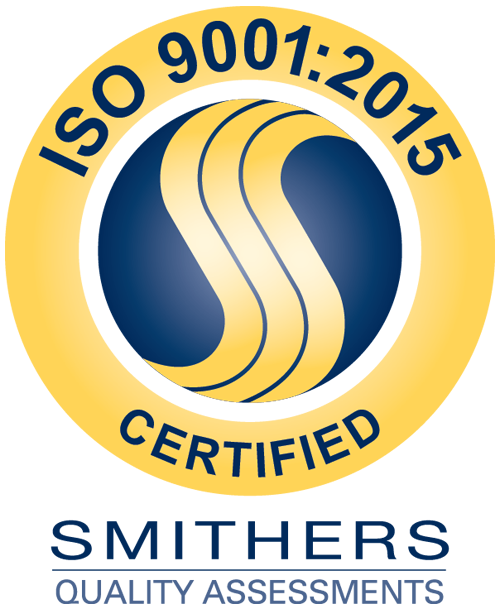